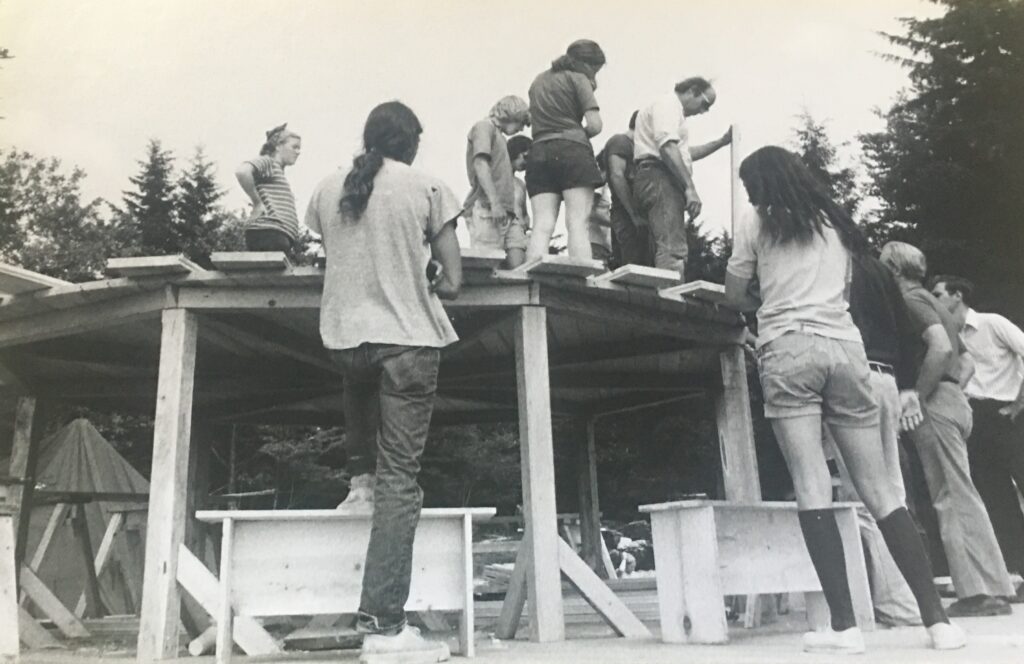 Ask just about anyone who’s visited what first comes to mind when they think of Spruce Knob Mountain Center (SKMC), and, nine times out of ten, the answer’s the same: the yurts.

Constructed in the 1970s under the direction of pioneering architect Bill Coperthwaite, Ulan Bator, the larger of our campus’ two yurts, certainly catches the eye.

With its distinct round shape and rustic exterior, SKMC’s main building closely resembles its Mongolian ancestors. But unlike those traditional structures, which were mobile by design, Ulan Bator was meant to stay in place and therefore assembled from locally-sourced wood and stone.

Containing a kitchen, dining area, office space, library, classroom, and—everyone’s favorite room—the “bubble” or aerie, it was also built to serve as a vessel for learning and community.

The project lasted all summer long, and family and friends poured in to lend a hand.

“Bill managed to keep everybody busy all the time, assigning little teams to particular tasks, and getting phenomenal work out of a bunch of non-carpenters,” recalls Jennifer Taylor-Ide, one of SKMC’s founders.

“Meals were usually fast and simple: often beans and rice, with an overabundance of beans,” King Seegar, another SKMC founder, remembers. “What followed on those evenings was a cacophony of fascinating sounds and smells. Many people slept outdoors.”

About twenty years later, our second yurt, Almati, was constructed, and it was a similarly colorful, rigorous, and festive affair. 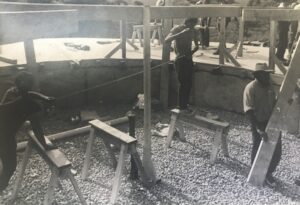 As the organization has grown in the decades since, so has our need for covered spaces to facilitate programs and events in our rainy climate.

In collaboration with Dickinsons Reach Yurts, an initiative of Mike Iacona, who worked and studied yurt-building with Bill Coperthwaite, we plan to erect two open air pavilions, with the first being constructed this summer to mark our 50th anniversary.

These new additions will complement SKMC’s existing yurts and allow us to expand our educational and community potential by increasing capacity for instructing students, hosting events, and observing nature—regardless of the elements.

“The actual act of building a yurt is empowering, too,” says Iacona. “It brings people together, stretches our comfort zones, and sets the stage for simpler ways of living.”

For SKMC, the upcoming building project is a natural continuation of our longstanding culture of creating spaces that are inspirational as well as functional.