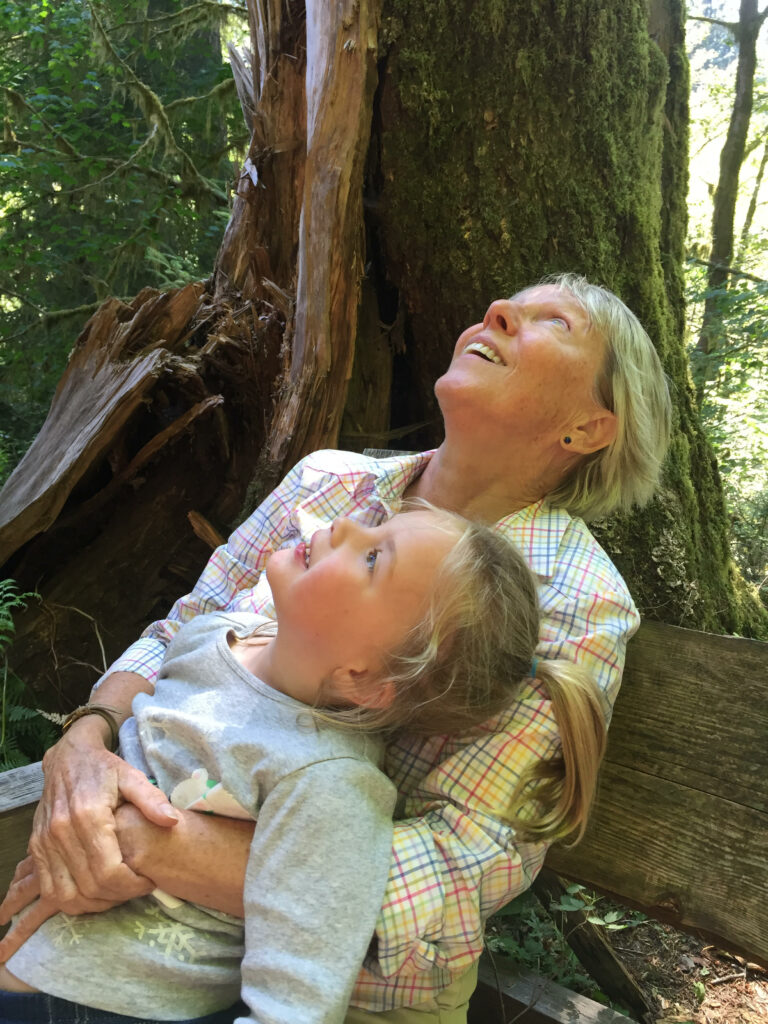 The first time Jennifer visited the mountain, she was still in college.

It was the early 1970’s, and her partner, Dan’l, was searching for property that could serve as a launch pad for a one-of-a-kind summer program for kids. Motivated by a mutual belief in the power of wild places, he and a close friend had devised what—to some—might have seemed like a rather impracticable plan: seek out a remote yet relatively accessible location and invite city-dwelling children and families to camp, learn, and foster connections in and with the great outdoors.

Always up for an adventure, Jennifer was open to the idea. Setting foot on Spruce Knob sealed the deal. The mountain, with its mixture of dark, densely-packed pines, spacious meadows, and breathtaking views, possessed an irresistible magic and majesty which drew the friends in immediately.

They began reaching out to their contacts at schools along the East Coast, and, one by one, groups of children and curious adults arrived, eager to see for themselves what was so special about the highest peak in West Virginia and its surrounding wilderness.

Even as word spread and the number of visitors rose, the staff remained small. In the earliest days, Jennifer and Dan’l lived on-site with the rest of their team, “close to the ground.” There was no designated boss or director, and they would divvy up tasks amongst themselves.

In the summer of 1975, they enlisted the help of their larger community to construct the campus’ first building: a giant yurt which they named Ulan Bator after the capital city of Mongolia, where the distinctive structures originated. Unlike traditional, Mongolian yurts, however, mobile by design, Ulan Bator was meant to stay in place and therefore assembled by hand from locally-sourced wood and stone.

Not much later, with a mind to make the mountain their permanent home, Jennifer and Dan’l built a house of their own. They’d go on to raise a family there, endowing their children with the same sense of belonging and responsibility to the natural world that they hoped every program participant would take away with them.

As they watched their children grow, the organization grew, too. Its identity—and even its name—morphed with each passing decade, but the heart of it never changed.

“We all need real experiences, not just ten year olds,” said Jennifer. “The magic comes from being part of something bigger, stepping out of our comfort zones, and sharing those experiences with other people.”

Now in its fiftieth year, Spruce Knob Mountain Center, home to Experience Learning, has transformed the lives of countless individuals, and, in many cases, the lives of their kids as well.

“We’ve seen lots of people come back, and some have sent their children to camp here.” Jennifer continued. “It can certainly be life-changing. Not by turning you into a different person, but by helping you find purpose and figure out who you already are.”

Although, today, Jennifer no longer lives in her house on Spruce Knob, she still resides in Pendleton County. When her children and grandchildren are in town, visiting the Experience Learning campus is a top priority.

“Gran, will you sing ‘If You Love My West Virginia’?’” her young granddaughter will ask as they slowly wind their way around the mountain’s curves, referring to a family-favorite by local musician Colleen Anderson. “I looooove my West Virginia.”