Meet the Spotted Salamander! The central Appalachian Mountains have some of the highest amphibian biodiversity in the world and as spring hits they will be emerging from their winter burrows. 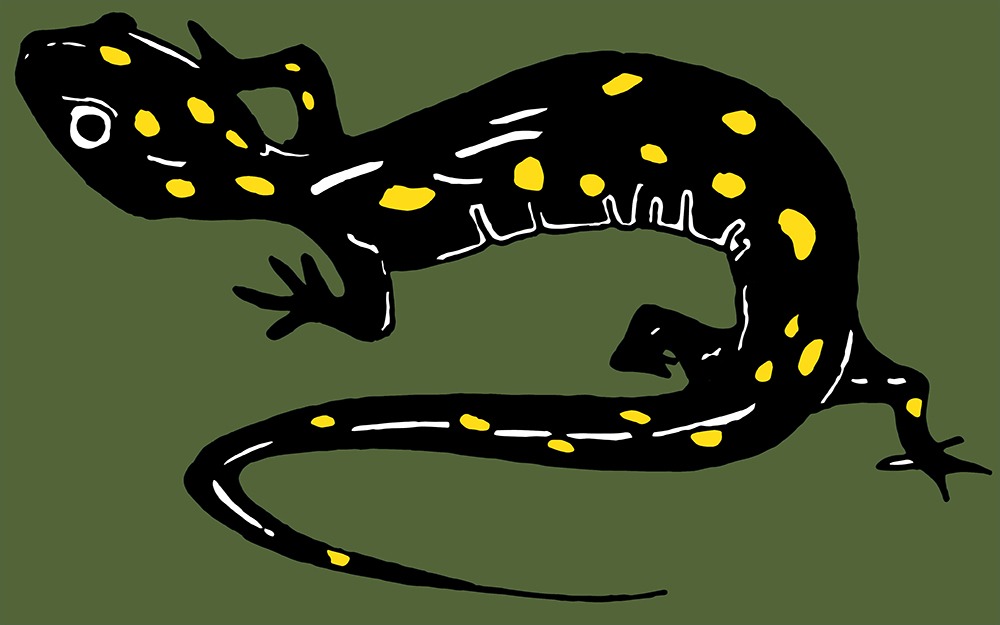 The Spotted Salamander is the most widespread in West Virginia — it is found in all 55 counties and at a wide variety of elevations. They can grow upwards of 8 or 9 inches but are hard to find because they spend most of their lives underground, emerging only after a rain to forage or breed.

When the temperature rises in spring and the moisture level is high they can emerge abruptly and in great numbers to converge on the vernal ponds where they will mate and lay masses of eggs. They avoid permanent pools because fish and other predators would consume all their eggs.

After a day or two the adults retreat to their underground world. The eggs hatch a month or two later, depending on water temperature. Spotted Salamander embryos are host to one of the only known occurrences of animal-microbe symbiosis. A protective coating on their eggs inhibits oxygen diffusion but a photosynthetic algae lives in the egg and provides the developing salamander oxygen via photosynthesis.

Spotted salamanders can live over 30 years!

Come explore the Mon National Forest + Seneca Creek Backcountry. If you are lucky you might just meet one of these creatures!