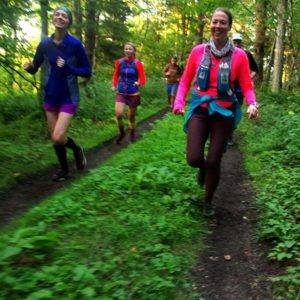 Join us on Spruce Knob in August to train for a fall ultra marathon or trail race, or to expand your running into the wonderful world of trail running. Based out of the Spruce Knob Mountain Center, the home and heart of the WV Trilogy races, we will spend three full days exploring the trails of our campus and the adjoining Seneca Creek Backcountry.

Run amazing trails from our doorstep with expert guidance and clinics, connect with fellow runners, and enjoy our delicious food in the cool, clean air at the top of West Virginia. Our remote mountain campus is a great place to take a break from the world to jump start a training program or rekindle your motivation towards life goals. 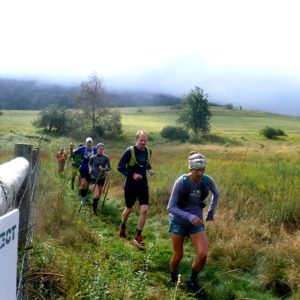 In 2021 we are thrilled to be able to partner with Phil Wharton of Wharton Health. Phil is world-renowned for his healing work and ability to find simple, non-invasive solutions to achieving optimal health. Phil will be on hand to run clinics, share miles, and offer personalized attention to your issues. He has roots in nearby Tucker County, WV and his gentle and supportive approach to health care has nurtured everyone from young runners to world record holders. Learn more about Phil below and stay posted for more specific updates as program development continues.

Additionally we welcome experienced Trilogy racer (and champion) Bob Luther. He has extensive expertise running, training, and racing on our local trail system and will be a coach and guide for this edition of the camp. 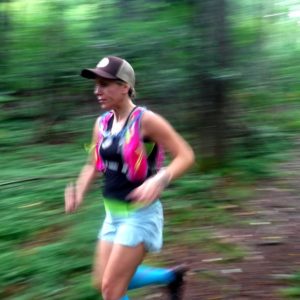 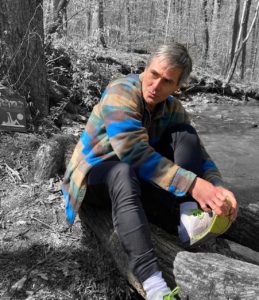 Phil Wharton’s path to becoming a musculoskeletal specialist started when he was a young runner. He developed a 33-degree curvature of the spine/scoliosis, which produced constant pain. Through this work, he was able to end the pain, correct the problem, and continue his running career.  He later went on to run a 2:23 marathon.

Together with his father Jim, Phil has worked to take the mystery and confusion out of attaining optimum health, providing simple solutions to complicated problems. A key component of the Wharton Process is education – providing people with the tools necessary to harness and achieve their optimum health.  Health, fitness, and athletics are a metaphor for the human spirit, a spirit that is indomitable and expansive.

Phil Wharton is the renowned author of The Wharton Health Series – which includes The Wharton Stretch Book, The Wharton Strength Book, The Wharton Cardio-Fitness Book, and The Wharton Back Book – the Whartons have worked with hundreds of Olympic athletes in a variety of disciplines.  They have also been featured on Dateline NBC, The Discovery Channel, and they have appeared in many publications including Runner’s World, Shape, USA Today, and The Wall Street Journal.  They have also been featured on the online editions of The New York Times and National Public Radio; their columns, “The Body Shop” and “Whartons Simple Solutions” appeared for five years in Runner’s World and three in Running Times respectively.

From high school freshman, beginners, collegiate, and professional—Phil is now in his eighth Olympic period assisting athletes at all levels. Below is a short list of distance running luminaries Phil has worked with. 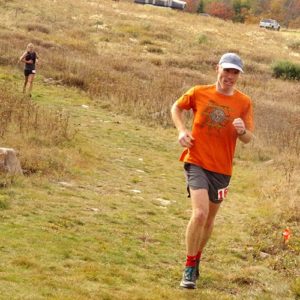 BOB LUTHER: Bob is a long-time West Virginia resident and ultra runner. He won the WV Trilogy in 2016 and has finished the race each of the 5 times that he has started. He comes to our Adult Running Camp with fine-tuned knowledge of the local trails system and of what it takes to show up and accomplish what you want every day, in all mental, physical, and weather conditions.

What Folks are Saying: